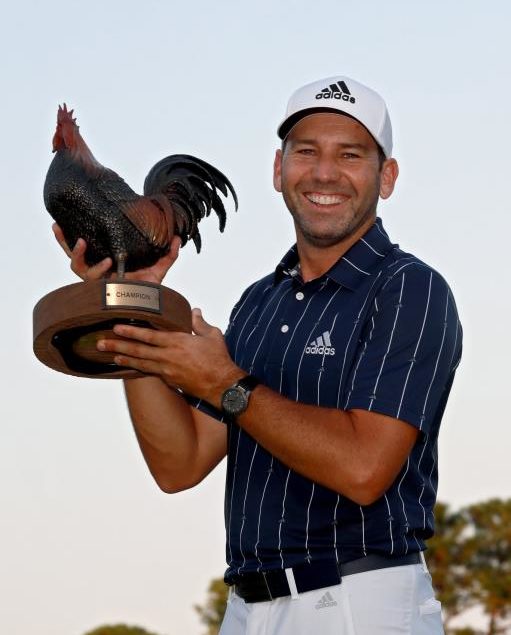 Sergio García’s magnificent victory in the Sanderson Farms Championship, his eleventh title on the PGA Tour, with a final birdie with which he beat Peter Malnati

The eleventh triumph of the Castellón on the main stage of world golf has been initialed by an exquisite iron on his hole number 72 of the week with which he left the last birdie of the week, number 22. An unbeatable finish.

Sergio García set the course for victory with a fantastic third round that placed him in the co-leadership. An excellent 66 – six birdies without error – after two 68 put him in the best place for the final day. Australian Cameron Davis and American J.T Poston shared a head with him, but they were by no means the only threat; Brandt Snedeker or Keegan Bradley appeared at one and two strokes, respectively.

However, this Sunday the player who made the leap to the lead in the final round was Peter Malnati, who got on the good wave, that of birdies, and landed at the clubhouse with a spectacular 63 (-9) that made him move up fourteen positions. With the -18 of the American already on the board, Sergio García had no choice but to discount shots to, at least, force him to win the victory in a playoff tiebreaker.

The Spanish alternated birdies with a bogey in the first nine holes to establish himself as the main alternative to Malnati, but he still lacked a few more birds. And his efforts were rewarded at once with an eagle at 14 with which he equaled his rival at -18. With four holes to play, any hit or miss would be almost final.

And in these came his scandalous iron on 18. A house-brand blow with which he left the ball three or four feet from the hole. A winning shot, typical of a player of his quality. From one of the best golfers of the last decades. Simple putt, for inside and the eleventh title in the United States, in the pocket.

Sergio García’s eleventh victory in the United States has come almost two decades after his first at the Colonial Invitational. Then he prevailed with just two courses of pro experience with two strokes clear of Phil Mickelson and Bryan Gay.

Golf has changed since then, and Sergio García has too. Between one triumph and another, the Castellón player has won a Major, that unforgettable Masters of 2017, has become the player with the most points won in the Ryder Cup and has won titles as relevant as The Players in 2008. What has not changed is that he is still one of the players with the best hands on the circuit.