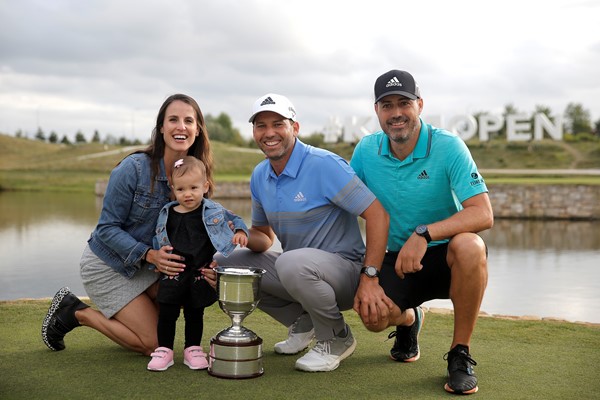 The Spaniard, fifth Spanish winner in the Netherlands, won with -18 total
Sergio García has expanded his legend with a new victory, the sixteenth, in the European Tour. This time it was at the KLM Open, a circuit classic in which he has exhibited a spectacular level. The best Sergio Garcia of the year, the one seen this week at The International GC (Amsterdam), has been unapproachable for his rivals.
Just a couple of weeks of the Open Mutuactivos de España 2019, Sergio García is in a notable peak. Thus he could get rid of his first three days: rounds of 68, 67 and 66 strokes, made possible by his almost total absence of errors: he only incurred a bogey in these 54 holes. Sergio’s festival was to frame.
On the final day, Sergio, who started the day in the joint colloquium with the Englishman Callum Shinkwin, both with -15, broke the classification in the second nine holes. In the first he alternated successes (four) with errors (three), but in the second he discarded the bogeys until the 17th hole and was adding birdies until he moved away from his pursuers.
Sergio García has finished the week with -18 and a blow of rent on the very young Danish talent Nicolai Hojgaard (-17), who was playing his third Tournament tournament in 2019.
The KLM Open has been held since 1972, and so far I had met four Spanish winners: Severiano Ballesteros (1976, 1980 and 1986), José María Olazábal (1989), Miguel Ángel Jiménez (1994) and Gonzalo Fernández-Castaño (2005 ). From today there are five Spaniards who have left their mark in Holland.
SOURCE WWW.RFEGOLF.ES